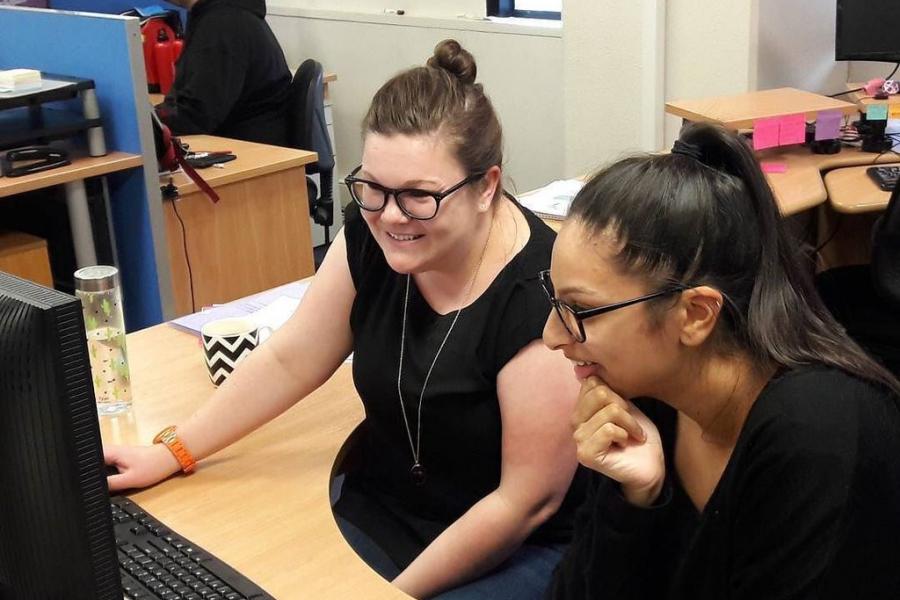 20 years ago Jim Bolger was still our Prime Minister, the All Blacks made a clean sweep of the Bledisloe Cup and Wellington became the first city in the world to lay a fibre loop in the CBD. Four Wellingtonians were also looking around for work, their previous employer having recently sold up.

As these “unemployables” toyed with the idea of creating jobs for themselves a fifth person joined. Bringing with him a level of education which put paid to our first idea for a company name, “Zero Degrees”.

But a mother-in-law and a sister independently suggested Catalyst... and so we were born. Registered on the 3rd of July, scraping and scrapping, helped by older more established firms (thanks Synergy – now Fronde), some very trusting clients and high-achieving partners.

The founders, Andrew, Don, Gavin, Godfrey and Mike were soon joined by Paul and our first “real” employee Alan. Looking back, that's a painfully male line up, something we were not conscious of at the time.

Catalyst was an internet native, hooked into Wellington's 100Megabit fibre loop for the princely sum of $8000 – another month with no pay. Andrew and Ewen McNeill provided the technical backing and curiosity to ease us onto free and open source platforms. Technologies and philosophies that define who we are today.

What on earth were we thinking? Did we plan to be around for a long time? To have 250 employees, successful subsidiaries in Australia and the UK? Offices in Auckland and Christchurch? 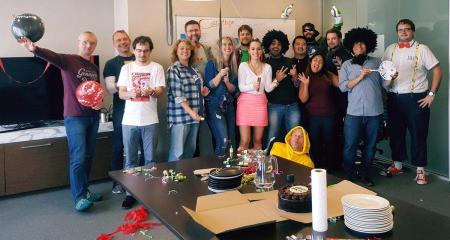 Here are my own rose-tinted answers to those questions.

We did plan for the long term. We saw Catalyst as a vehicle to keep us busy and interested and as a way of “doing the right thing” by our clients, staff and communities. Not ideals the IT sector had shown that much appetite for in the past. As time went on, we also could see how Catalyst the services company could be a driver for open source start-ups and spin-offs. Proving intellectual capital/technical prowess that was hard to match.

We did and still do have lots of discussions about growth, how it impacts culture, agility and relevance - as well as our own capability to manage a larger company. In the end we discovered that growth came with doing a good job and a desire to learn. Doing a good job means clients tend to stay with us, for decades, despite or because of the fact using open source makes them “uncapturable”. A desire to learn means that we are always discovering new technologies and looking for new problems to solve. The "ratchet effect" that has driven growth has been just manageable at between 10% and 20% a year. So growth is a by-product of goodness, not a target.

We have avoided the wheels completely coming off largely thanks to the tolerance of the people that work here and our ability to somehow attract people who are more talented and capable than the founders (apparently that's Business 101).

The fact that Catalyst has been successful overseas has brought huge satisfaction. Despite our natural reticence, Kiwis have a lot to offer the world. Our uniqueness comes from the need to get on and do shit, and the tyranny of distance. We may not have the most PhDs in the world, but we do solve problems; we don't wait for someone else to fix something, and we are willing to work hard. Add to this that we are well regarded and trusted and you have a compelling case for a New Zealand approach. Catalyst has built such a strong reputation in various open source communities that we often find our brand is recognised well before we turn up somewhere in person.

Our UK and Australian offices were founded and led by staff from NZ who decided they wanted to do something different. Both businesses were set up to be “mini-me”. Run by open source technologists they built local capability to deliver beautiful open source solutions to the world. Particularly to the education sector.

We have a great blend of nationalities in each of those locations. It's often bloody hard for them to keep aligned with a company that has timezone shifts of 12 hours but again, the tolerance and enthusiasm keeps us going. To have Cambridge University, various UN and aid agencies, the Victorian Police and a swathe of Melbourne libraries (as a small sample) as clients is not something we ever dreamed of.

Our curiosity keeps pushing us. We now have a three region public cloud, based entirely on open source technology. And today our company is hacking away on a massive variety of creative projects. From Waiata to machine learning, cake decorating to OpenStack coding it all has a freedom to innovate focus. #Catathon is trending on Twitter.

And 20 years on, we couldn't be happier.