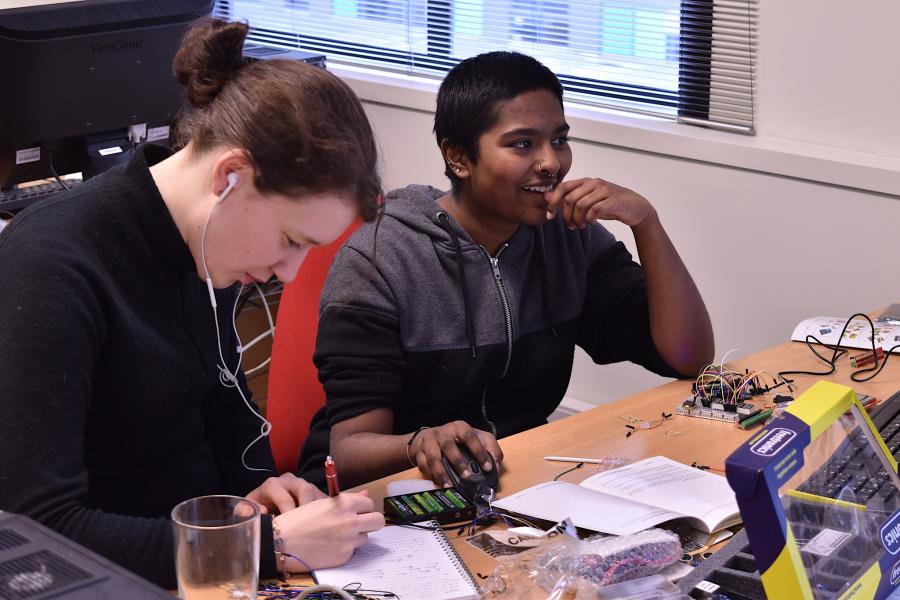 We've been holding our Arduino Academy for several years now, but this is the first time our participants have been all female. Needless to say, we get pretty excited about seeing young women lay foundations for future careers in technology, and have fun doing it!

The Arduino Academy is for secondary school students, and is held annually over three days in the July school holidays.

This year the tutors were Darrin Hodges from our Sydney office, and Ian Beardslee.

Participants spent three productive days starting with the Freetronics Experimenter's Kit before playing with other interesting components such as a NeoPixel Ring and LCD before having a go at getting the classic arcade game, pong, working on Arduino.

The point of the Arduino Academy (and our Open Source Academy) is to encourage young people to consider careers in technology, especially in open source technology.

It's important we encourage and mentor Wellington's next generation of technologists so there's plenty of able hands to keep growing our New Zealand tech sector. By introducing them to open source at this stage in their education, they can begin contributing to projects before they leave school, putting them way ahead of other candidates when they're looking for internships and jobs later.

As usual, we had a blast with the students who were enthusiastic and curious.

All the best for your exciting future careers, young technologists!