It's safe to say, we made the tourists day! 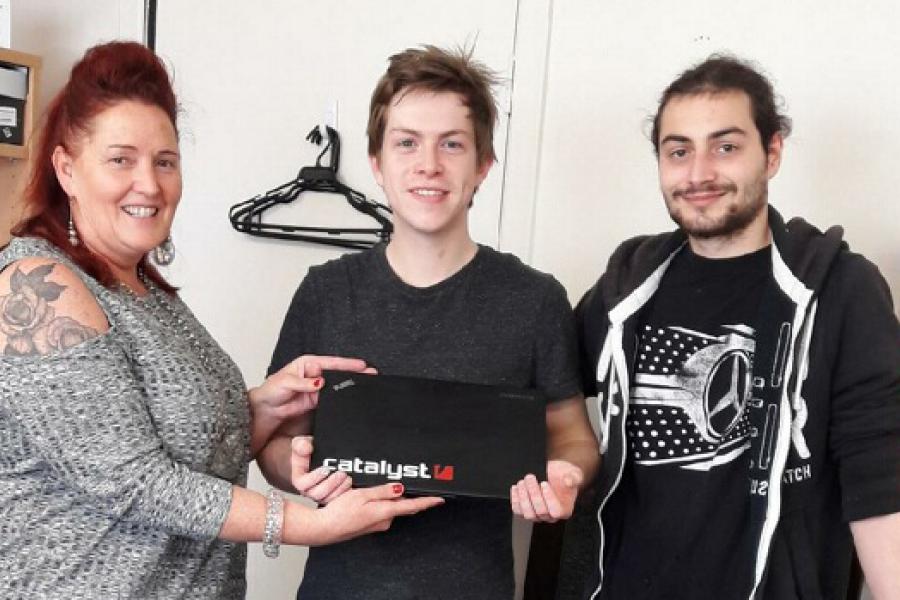 You may recall seeing an article on Stuff.co.nz late last week, which told the story of the two 23 year old French tourists, Antoine and Sven, who had their van they were living in broken into and ransacked, leaving them with the clothes on their back and nothing else.

Members of the community in Porirua where they are currently working, rallied around and provided the two men with clothing, blankets, supermarket vouchers and more...even a couple of digital cameras – all items which they had stolen from them, while their van was parked up in Porirua.

I approached Don Christie, Catalyst Managing Director, on Tuesday morning, asking him whether Catalyst would have a laptop we could gift them. It was thumbs up all round and by the end of the day, the laptop was ready to pass over to them.

Safe to say, we made the tourists day! I received a text from Lucy Stewart, the local community member who was co-ordinating the drive, with this photo attached. “They are so blown away with gratitude!" said Stewart. 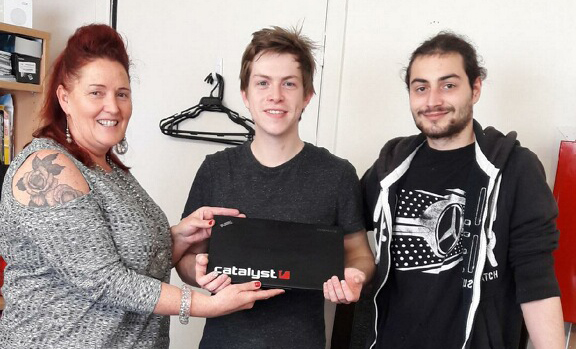 Wednesday night I was sent this text message:

“Hey Brooke this is a text from the 2 French guys you gave a laptop to, we would like to thank you for your gesture, it's such a wonderful gift and you don't even know us. We are touched by the kindness you and your company showed us. Again, Many thanks we will never forget that on the other side of the globe there are such nice people. Antoine & Sven”

Such a shame that visitors to our beautiful country were tainted with the experience of theft. It is so wonderful that Catalyst were able to gift them this laptop and show them that most of us Kiwis are generous, decent people, who are happy to help when needed. Let's hope the rest of their time travelling and working in New Zealand goes smoothly and they can enjoy kindness that us Kiwi's are known for. Mauri ora - Best of luck with the remainder of your travels Antoine and Sven.