Why world's largest radio telescope is an opportunity for NZ

This four-day event brought together a wide variety of national and international visitors who are collaborating on the construction of the world's largest radio telescope — the Square Kilometre Array.

The SKA is a "space-breaking" international science project, notable for both the scale of the project and the challenges it is required to overcome. 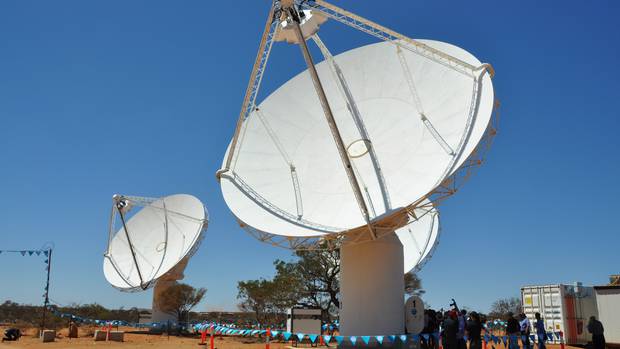 An overarching theme at the conference was collaboration, both between nations and sectors, as well as the human quest for understanding of the universe.

As an analyst, beginning a career in science, I was fortunate to be able to attend this event.

Thousands of individual antennae combine to simulate one huge radio telescope with an area of one square kilometre.

The telescope consists of large, steerable dishes and tens of thousands of smaller fixed dipole antennae.

This design will allow it to receive a far greater range of frequencies than most current radio telescopes, detecting frequencies from about 50MHz to more than 15GHz.

Radio telescopes can pick up signals from radio waves that are produced by distant stars, galaxies and other celestial objects.

Radio waves can also pass through clouds of dust and gas which would obscure an optical telescope, revealing more information about our universe from a much greater distance.

New Zealand is heavily involved with the SKA project: as a founding member in 2008; with representation on the governing board; and strong involvement in the science and technology aspects of design and construction.

The major areas of New Zealand's contribution are around hardware and software research and development.

These 21st century "mega" science projects are no longer just built by the institute which dreamed them up; instead they have become dependent on economies of scale, as savings in cost are proportional to an increased level of production.

This has necessitated industry involvement, particularly throughout the construction phase.

He points out that the project is probably New Zealand's longest involvement and most significant leadership in an international ICT collaboration.

Indeed, despite the size of the project and number of countries involved, we are the third-largest contributor of expertise.

The deep level of collaboration between industry businesses such as Catalyst, and academic institutions such as AUT is also a first for New Zealand, and paves the way for many more successful projects in the future.

Global internet traffic is one "Zettabyte" per year but the SKA will produce five times that amount of data, or enough to fill three billion DVDs every 24 hours.

This then has to be processed to be usable by scientists.

The big technological challenge is how to do this without consuming extremely large amounts of energy.

At the forum, Dr Grant Hampson from CSIRO discussed the adoption and development of FPGAs (Field Programmable Gate Arrays) which are special microchips that use significantly less energy than traditional microchips.

Using the analogy of trying to fit an elephant into a fridge, TN Chan from New Zealand's Compucon described the SKA as the big elephant trying to fit within a small budget.

Despite this he was optimistic, demonstrating how innovation in a number of areas is helping to do just that.

As a number of other speakers pointed out, the SKA has challenges which are unique to its scale, sector and timeline; including some degree of uncertainty, low commercial incentives for private sector involvement and a long timeline which leads to evolving participation of those involved.

The SKA requires highly specialised skills, so it is particularly important to capture and retain people with technical expertise, and be able to retain them despite minimal funding. 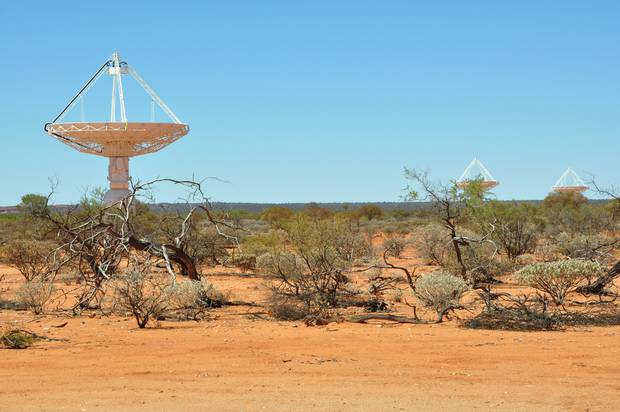 The Square Kilometre Array is a "space-breaking" international science project, notable for both the scale of the project and the challenges it is required to overcome. Picture / AAP

Despite these challenges there has been excellent progress on the technical side of things and construction is due to get under way mid-2019.

In the meantime, other hurdles include politics and funding.

This is not unexpected for a major science project but it's unfortunate when the SKA has the potential to be so revolutionary, with significant scientific and economic benefits to those countries engaged with it.

So what are the solutions to the issues around managing a multinational project of potentially conflicting priorities, national interests and even cultures?

Again, the theme of collaboration emerged.

Speakers pointed out how much easier construction will be if there is more collaboration between those involved and how this would reduce the construction effort in participating countries.

Piers Harding from Catalyst spoke strongly in favour of using open standards and open source software methodologies, pointing out how these facilitate collaboration.

Open source software also has a low initial cost and therefore the investment is low risk.

This is because the rules of natural selection apply to open source projects which are "fail fast".

Meaning if something doesn't work, this will quickly be identified before billions are spent on funding, and issues can be dealt with early.

A particularly interesting statistic from Piers was the Dutch Government's open investigation into failed IT projects, which revealed that just 7 per cent of IT projects with a budget starting at 7.5 million Euros could be said to be successful.

Typically the major failures were outsourced to commercial IT partners, had a fixed price on a predetermined design and applied "waterfall" project management principles.

In regards to the SKA, Dr Phil Crosby pointed out that the most crucial thing to overcome a lack of funding is to make people excited, not about the money because there isn't much of that, but about the science.

The astronomer community is already excited, predicting that not only is the SKA likely to be able to answer major questions about the universe and reconcile current physics theorems but about 60 per cent of what they discover will be "unknown unknowns".

Things we never knew or could even imagine to exist.

So the big question is, how do we spark the excitement in crucial stakeholders such as industry and the Government?

I know one thing for sure - I'm inspired, and Catalyst is already excited.