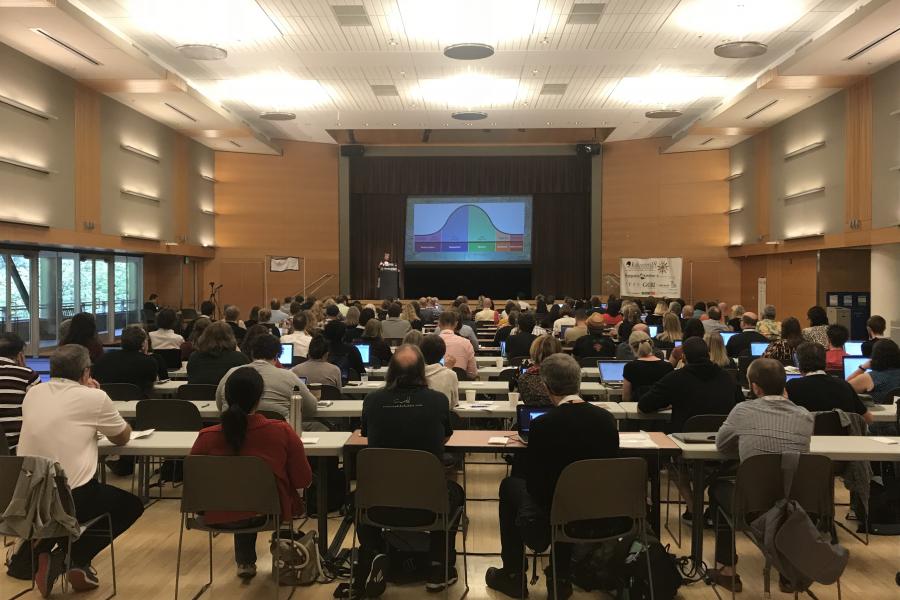 Kohacon follows a tried and true format: 3 days of single track conference 1 day where the participants get to explore some cultural aspects of the hosting city together, then 3 days of hackfest (or developer conference). There were around 200 attendees from all over the world, the countries I counted were Argentina, Australia, Brazil, Canada, Finland, France, Germany, Guyana, Ireland, Kenya, Mexico, New Zealand, Norway, Pakistan, Sweden, Turkey, UK, and of course USA. My apologies if I missed any, let me know and I will add them. There were 30 presentations during the first 3 days, with subjects ranging from Interlibrary Loans, to mobile (on a bike) libraries, to Acquisitions, to the journeys of Swedish, Pakistani and Turkish libraries, plus much much more. The schedule and links to the video recordings of the talks is on the conference site.

I feel bad highlighting any, because they were all so good, but those are just ones that I personally found really interesting. Of course aside from the presentations, the talks over dinners and breakfasts are where the real magic is. Where else would you get access to so many passionate librarians, library workers, and developers from all over the world, in one place. I can only think of Access as another conference that comes close. In the library conferences, like IFLA, LIANZA, VALA etc you will get a good range of librarians/library staff, but miss the IT, and in IT conferences you get the opposite. Kohacon is the only library conference I attend that blends the two and helps us to work on our commonalities rather than accentuating our differences.

During the hackfest, as a combined group we managed to get quite a lot of work done:

But again, this is far less important than people who normally work 1000s of kilometres apart from each other being able to talk over issues, or even just go to watch a football (soccer as they call it) game together. Go Portland Thorns!

If you ever get the chance, be it in either Stockholm or Dublin next year or back here in NZ in 2020, I heartily recommend you should attend a Kohacon. It will be one the best weeks of your year.