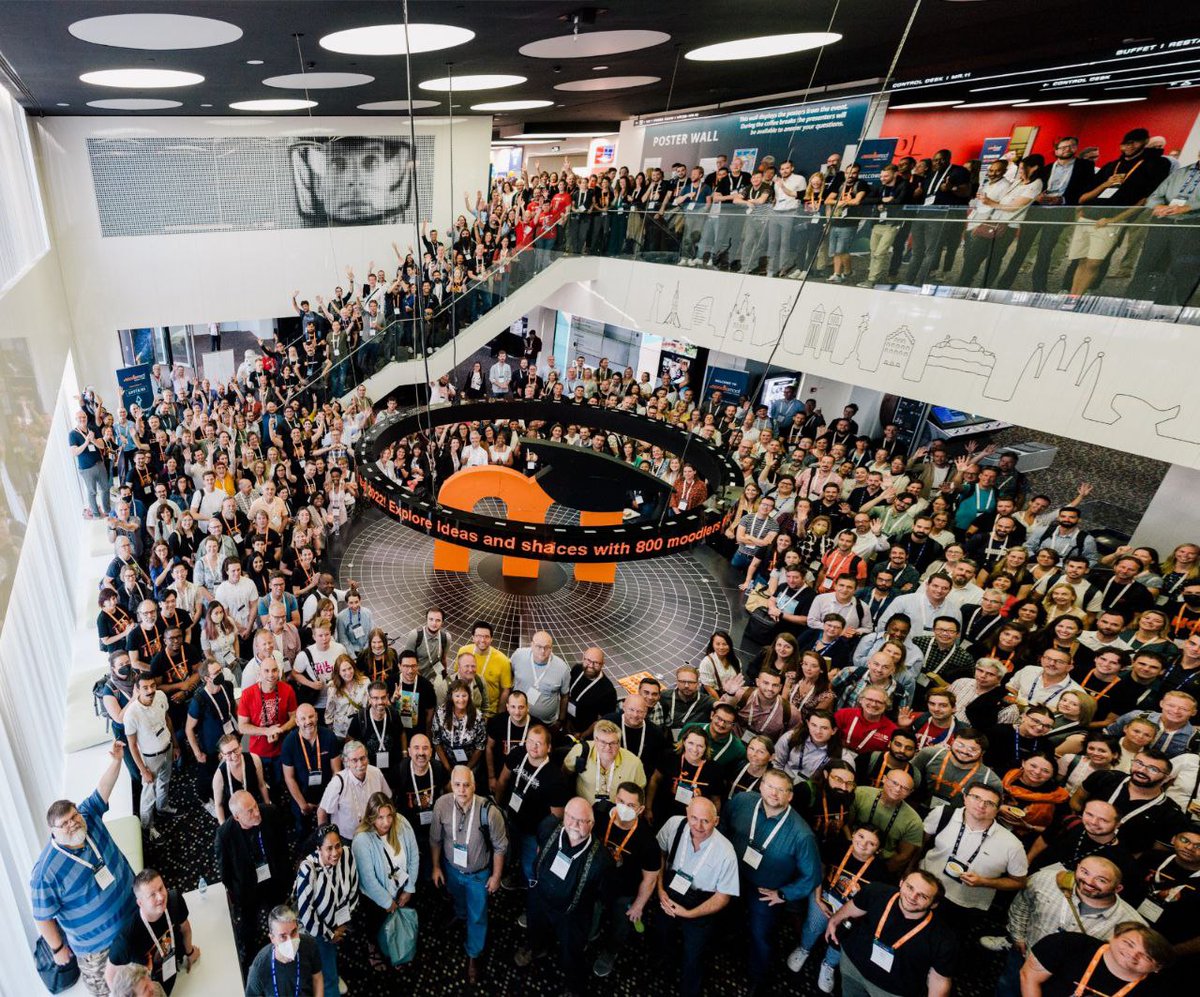 It’s been a month since MoodleMoot Global, and we’re still excited about all the great conversations we’ve had about the future of education! So let’s catch up on our time in Barcelona...

This year's MoodleMoot was hugely important; as it is the first time in two years that the event is happening face-to-face, everyone was excited to come together and either meet new people or meet up with old friends and acquaintances once again. With 835 attendees from 60 countries coming together for a total of 124 presentations, MoodleMoot Global 2022 was themed towards the Future of Education, and the week we all spent together was even better than everyone expected it to be. 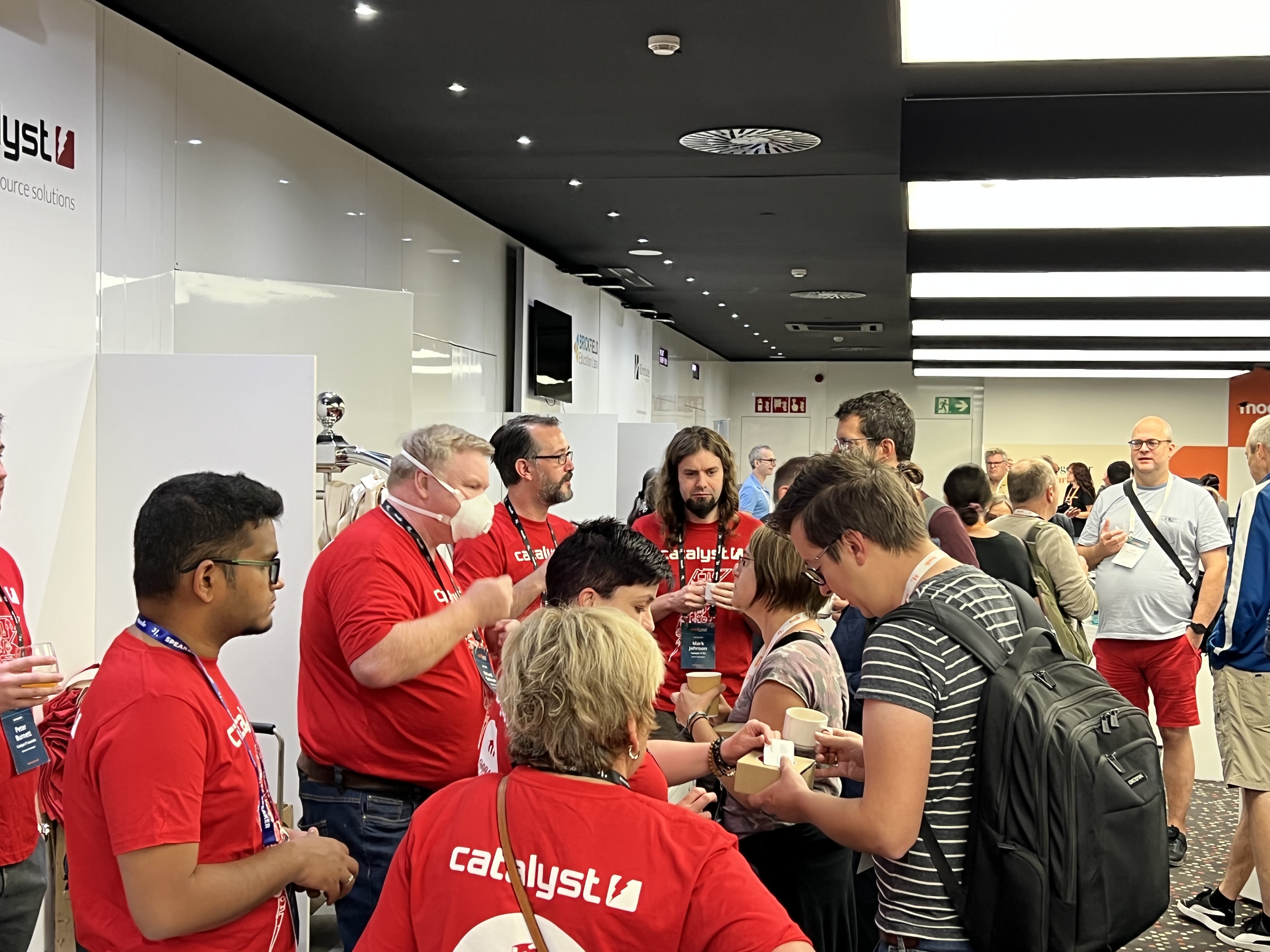 Catalyst was attending as Moodle’s Platinum sponsor, and several members of Catalyst’s global team joined the conference, with two of the EU team presenting two sessions aimed at people looking to go above and beyond what Moodle offers and further learn how the platform can aid them in their eLearning needs.

The first session was hosted by Simon Thornett, our incredible Senior Software Developer in Catalyst EU. His aim for the conference was to teach the more tech-savvy of our attendees how to work with a plugin of his own creation called Data Import. The idea behind this plugin came about because we had several customers with wildly different Moodle platforms who needed essentially the same thing: automatically sync their own user data/HR system so they didn’t have to manually maintain their user data on Moodle. When faced with the prospect of having to create several plugins that did the same thing but were each adapted to a unique customer site, Simon had the idea of creating Data Import, which has the foundations of a user data import plugin while also allowing developers to add customisations so that the plugin fits perfectly to each customer’s needs. 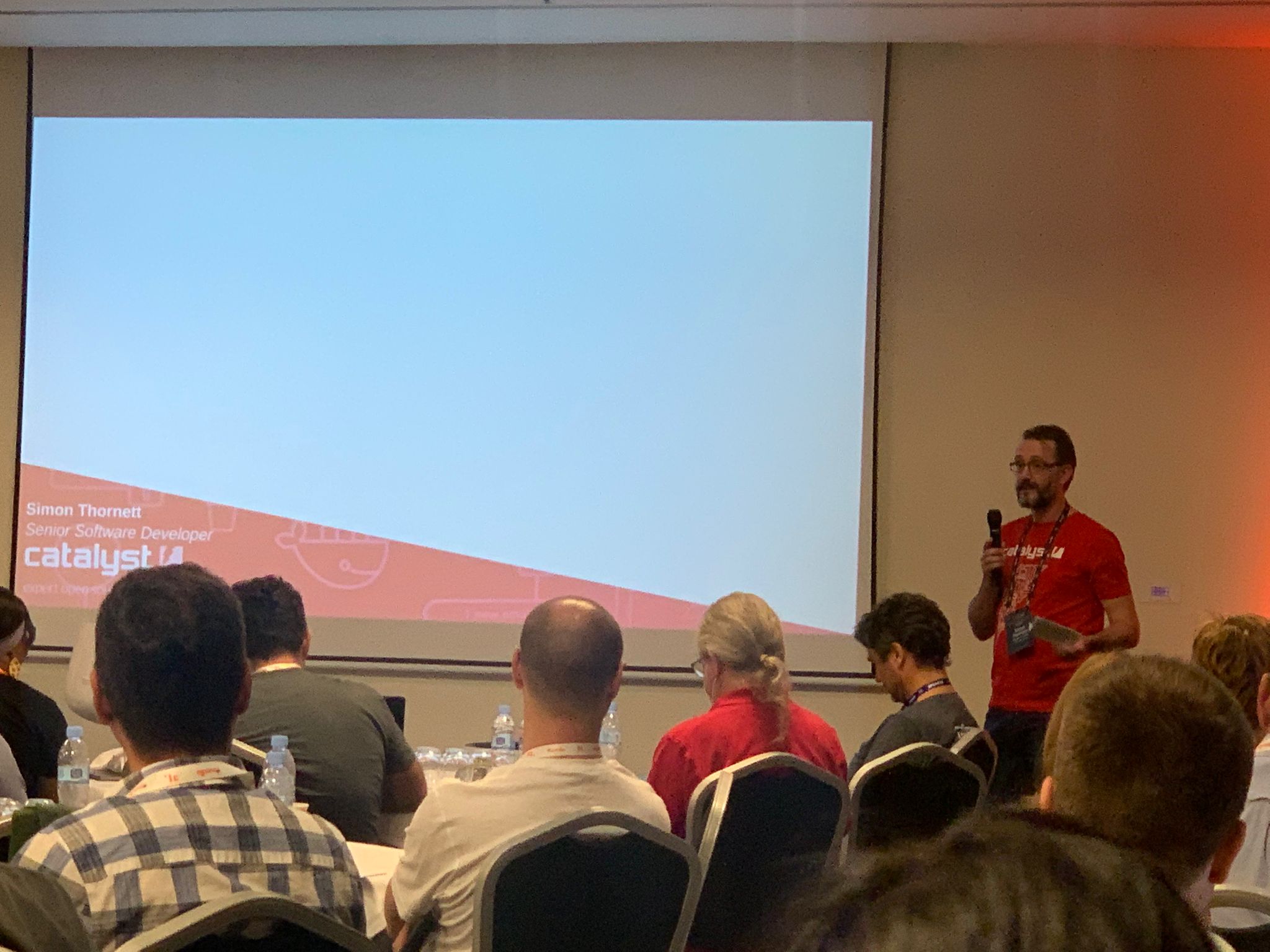 Simon’s talk happened on the first day of the conference. The room was full, with people standing shoulder to shoulder on the back wall, with some even sitting on the floor just to hear him talk. Lots of people took photos and notes throughout the presentation and there were plenty of questions during the Q&A afterwards. Throughout the rest of the conference, Simon had numerous people approach him to discuss Data Import a little further, and some even volunteered to beta the plugin for him. European universities and even a Moodle representative came around to express their interest in the plugin, and one person whose job at their company is to manually sync user data twice a day for their client expressed their excitement about Data Import finally coming to life. 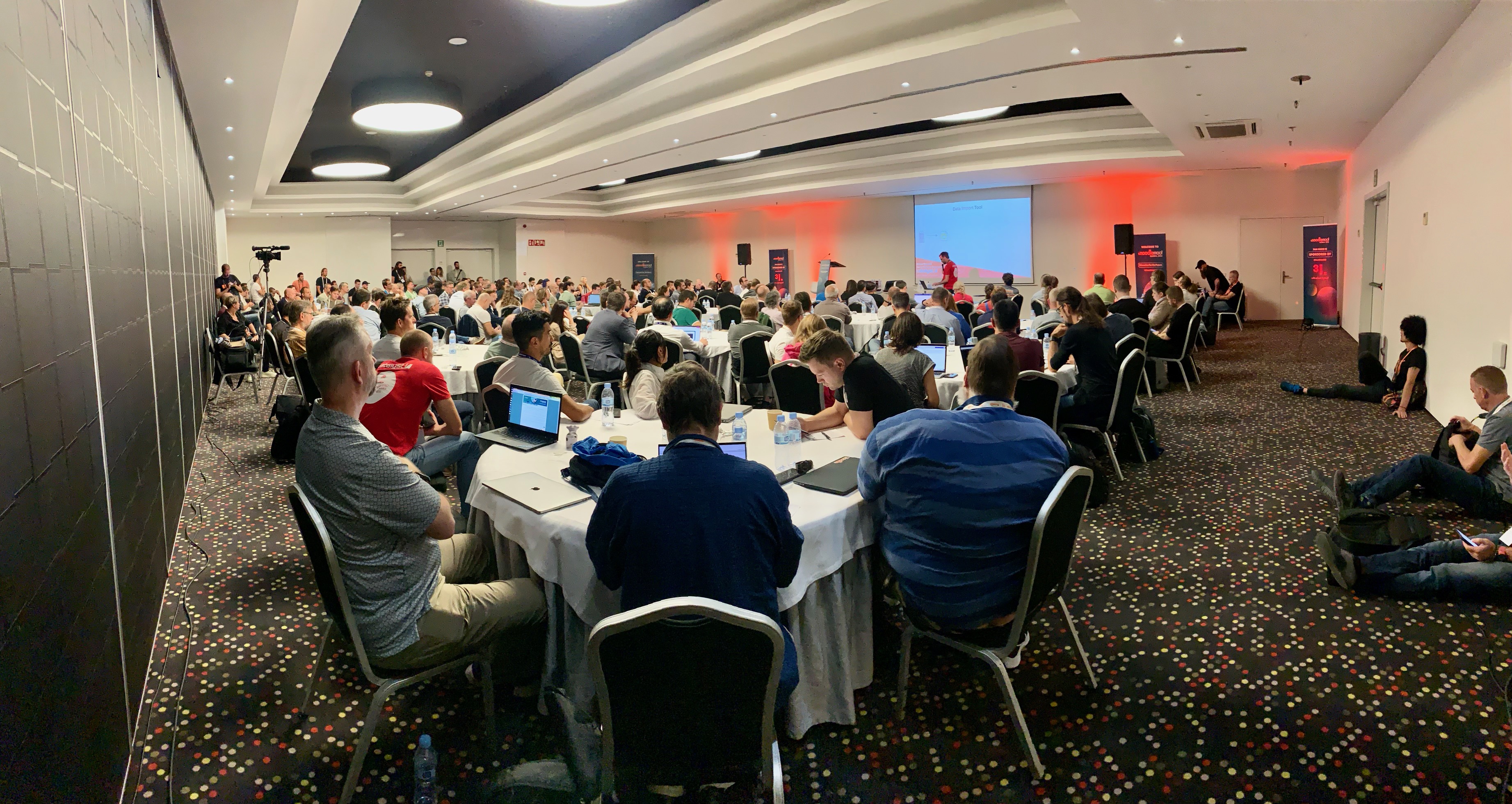 Thursday was Sam’s time to shine. Sam is Catalyst EU’s Senior eLearning Consultant, and she was eager to share with the attendees at this year’s MoodleMoot some brand new knowledge she’s picked up recently. Aimed at learning designers, teachers and educators, the workshop introduced Bootstrap, a framework that gives Moodle users plenty of different options when creating eLearning content. Sam is an expert with over 15 years of experience with Moodle under her belt, which goes to show that even someone with her proficiency is constantly learning, growing and finding new ways to utilise and enhance Moodle’s highly versatile suite of tools. 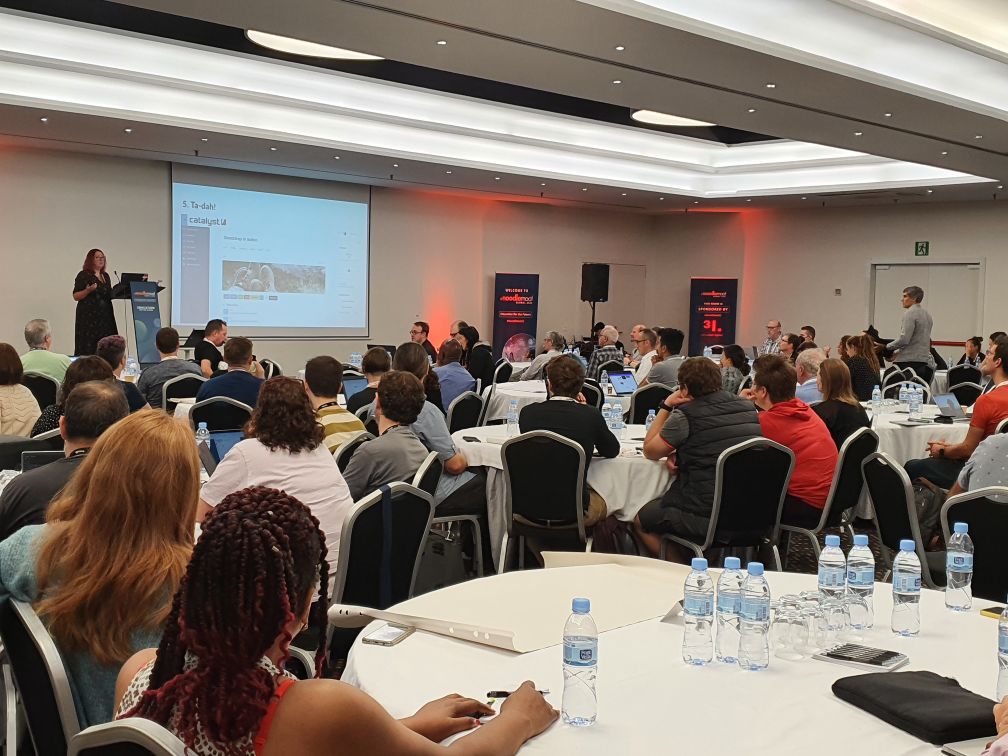 Sometimes, we see a tool that looks overly complicated - maybe there are technical terms that confuse you, maybe there are too many buttons, too many possibilities - which makes it hard for you to narrow things down to a point that feels more grounded to your reality, to your specific needs. With her vast knowledge of Moodle and how to create and design courses, Sam has gone through these scenarios before and thought all of this through in preparation for her session.

Anna Bishop, from the British Red Cross, has seen first-hand what Bootstrap can do, and more than that, she’s seen how marvellous Sam is at partaking this knowledge to others. According to her,

“[Sam] has really made us question what we thought the limitations of Moodle were, and if we have an idea that isn’t a standard feature we now look for Bootstrap solutions to suit our needs. [...] This means our final products have a real edge and are far more flexible and adaptable than other systems we have used previously.”

Sam’s presentation, as expected, was a resounding success. Several people described it as very interesting and inspirational, with others stating that they plan to put the knowledge they gained into practice as soon as possible.

And that’s a wrap…

The success of both talks cemented to us at Catalyst EU just how much people are not just willing but excited to learn more about Moodle and all the available tools. People could see first-hand how knowledgeable our experts are and how important it is to us to empower users of all levels to utilise Moodle to its fullest. Catalyst’s open source ethos means we do not believe in keeping useful knowledge only to ourselves, but rather share it with the community so that everyone benefits from it, which is why we’re proud to have a successful partnership with Moodle and be a Platinum sponsor to MoodleMoot Global. 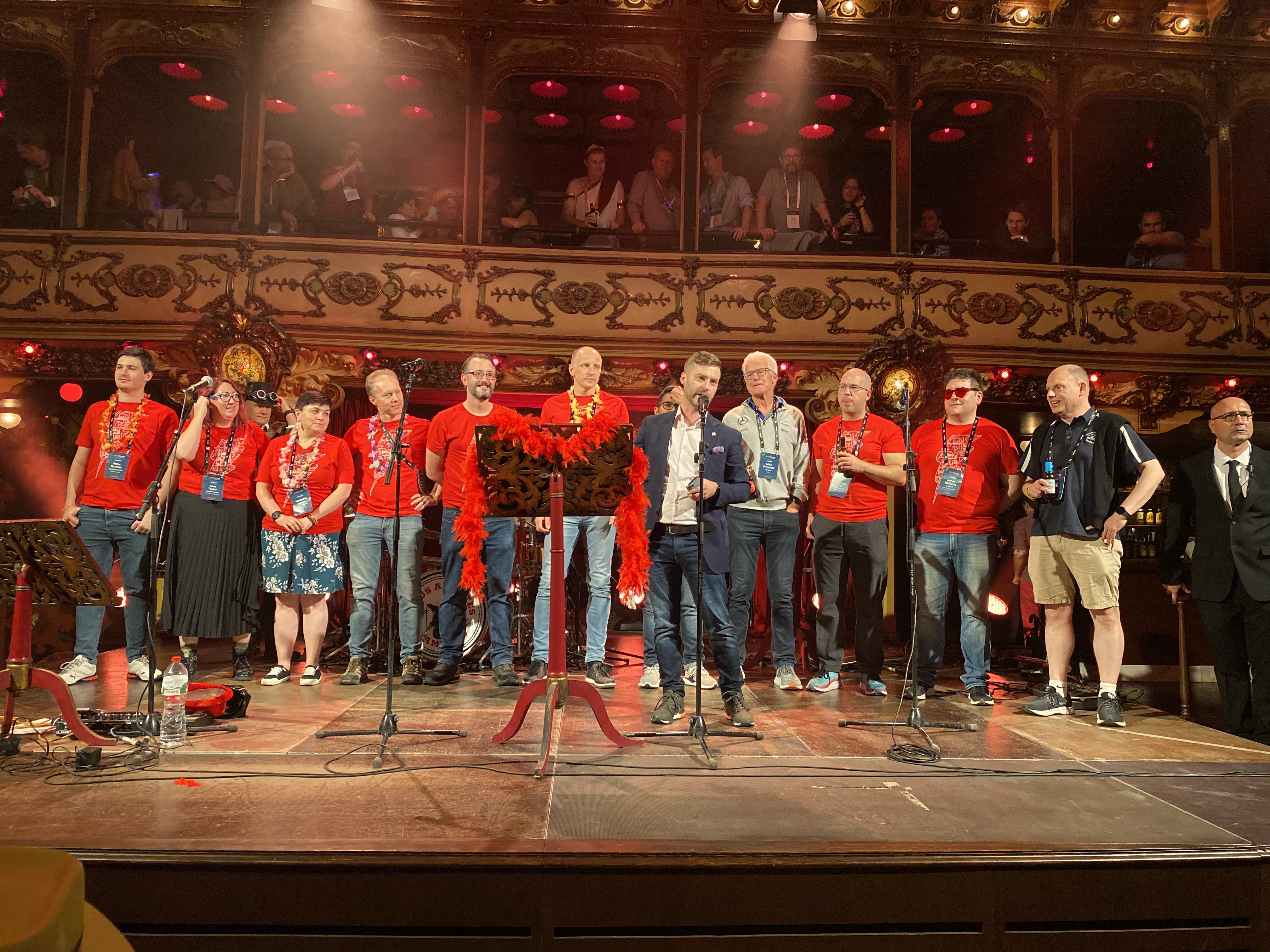 This year’s event was a success and everyone at Catalyst EU was thrilled to be a part of it. Joey, our Managing Director, said

"Catalyst was proud to be a platinum sponsor of this year’s MoodleMoot global event. This once again demonstrates our commitment, contribution and incredible involvement with the Moodle project over the past 20 years! The Catalyst team did an amazing job delivering fantastic presentations throughout the event and we look forward to the ongoing support we can provide to the Moodle community long into the future!”

Here’s to next year being even bigger and better, and good luck to everyone going through their own Moodle journey! We hope to see you in Barcelona next year!

Can we help you enhance your Moodle?  - Get in touch!